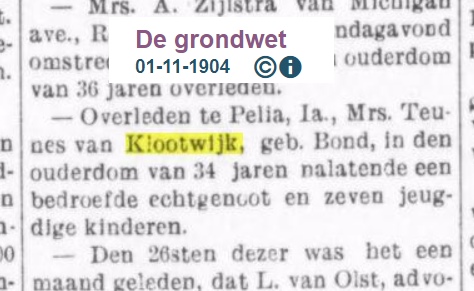 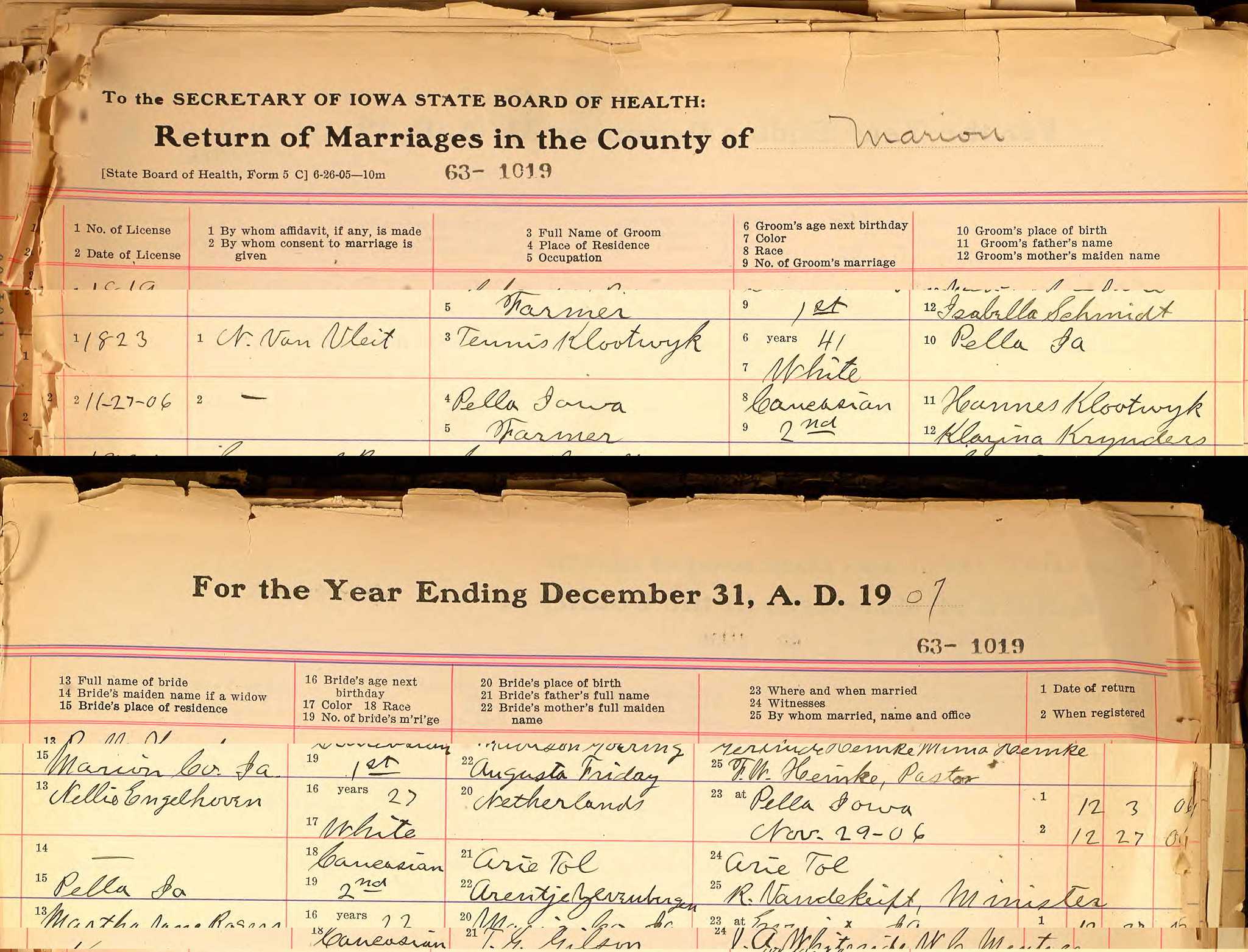 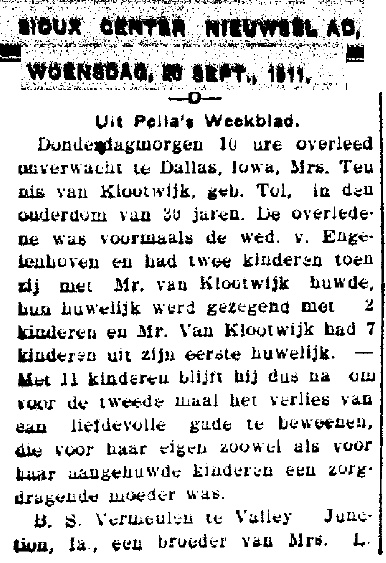 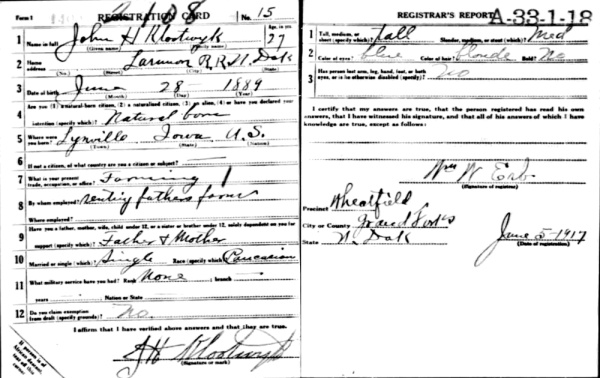 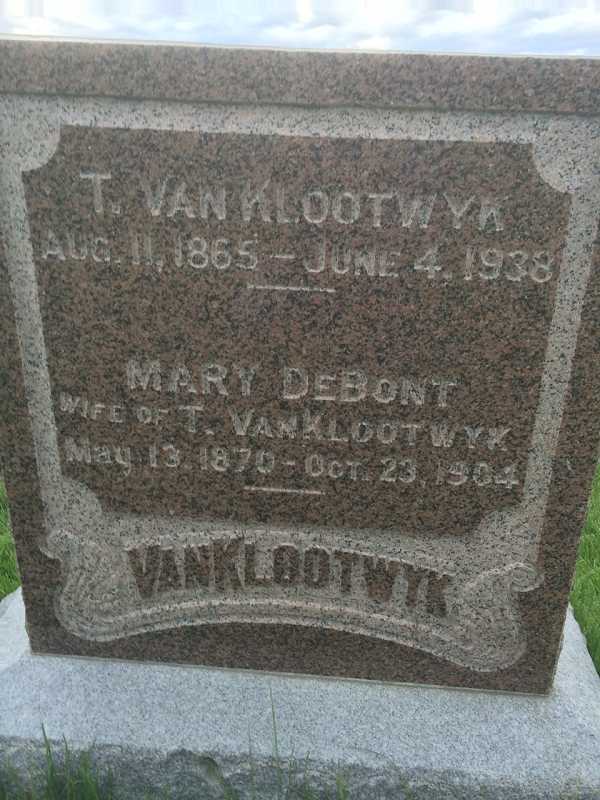 Tunis Van Klootwyk, son of Mr. and Mrs. John Van Klootwyk was born at Pella, Iowa, August 11, 1865 and died June 4, 1938 at the Mater hospital in Knoxville, Iowa.
He was married to Mary DeBont in 1886 and to this union, seven sons were born, John of Gilby, N.D., Fred of Knoxville; William of Grinell, Henry and Harmon of Knoxville, Lester of Indianola and Clarence of Knoxville.

On june 21, 1928, he was united in marriage to Mrs Mary Terpstra of Monroe, who survives him.

He leaves 24 grandchildren and five brothers and six sisters, besides many other relatives and friends.

His entire life was spent in Marion county, living on a farm six miles south of Dallas until he retired in Dallas later moving to Knoxville where he resided until his death.

He was a quiet unassuming man of frugal habits and provided well for his family, all of whom were present during his last illness. He was a kind husband, a devoted father, a true friend and a good neighbor, always ready to lend a helping hand to all who were in need of distress.

Funeral services were held at 2:30 oçlock, Monday, at the Christian church conducted by Rev. M. M. Pigg Internant at Pella.