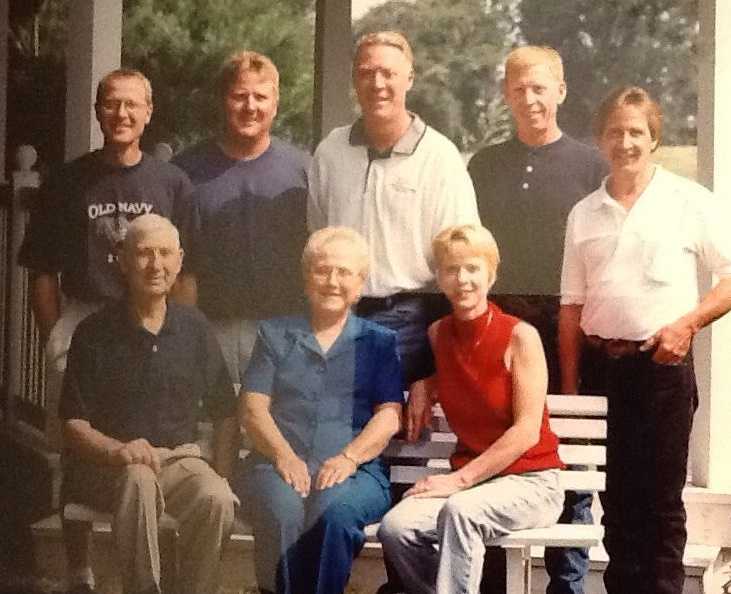 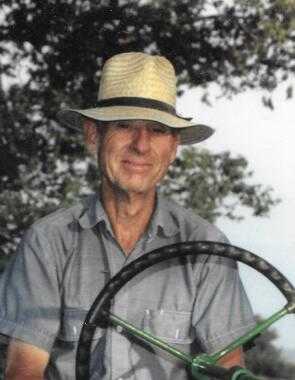 Ralph was born at his family farm home on November 25, 1929, in Marion County, Iowa to Fred and Ethel (Sutherland) Van Klootwyk.
Ralph attended rural schools until 7th grade, when his family moved to a Pleasantville area farm. He graduated from Pleasantville High School with the class of 1948.

He served with the U.S. Army during the Korean War in 1951 and received a hardship discharge. Ralph was united in marriage to Pauline Nichols on August 10, 1952 at the First United Presbyterian Church in Knoxville. They shared 66 years of marriage and were blessed with six children: Stephen, Joel, Randol, Kent, Sue and Brian. Ralph's pride and joy was his family. In 1952, he started his career at the Knoxville Veteran's Hospital and retired after 33 years, in 1985. During his service, he was awarded several certificates of achievement.

In 1952, he started his career at the Knoxville Veteran's Hospital and retired after 33 years, in 1985. During his service, he was awarded several certificates of achievement. While working at the VA Hospital, and farming, Ralph also served on the board of directors at Knoxville Coop for 9 years. He was a member of Marion Co. Pork Producers, the Marion Co. Farm Bureau, Pleasantville Alumni Association, and The National Association of Retired Federal Employees. He volunteered with Helping Hands and the home delivery of senior meals. Ralph also worked for the Knoxville Public Transportation.

Ralph had good faith and was a longtime active member of the First Presbyterian Church and served on the session board. He coached Little League baseball and was a leader of the White Breast Beavers 4-H club, organizing and helping 4-H'ers with their projects. He was inducted into the Iowa 4-H Hall of Fame on August 21, 2005 at the Iowa State Fair for 40 years of outstanding volunteer service and dedication to 4-H.

Ralph's hobbies included an antique "B" J.D. tractor, which was restored and displayed at "Pioneer Days" and other community events. He drove it in several parades, including the 1990 Knoxville Nationals parade, with his family. He enjoyed watching Knoxville High School baseball, basketball, volleyball and football games. He was also a fan of the Hawkeyes and Cyclones. Ralph will be remembered as a loving husband, father, grandfather, and great-grandfather.

Ralph began his eternal life on January 7, 2019, with family at his side. He suffered with heart disease and cancer for over 30 years in a good natured, quiet, and determined manner. In 1954, he was baptized and confessed that Jesus Christ was his Lord and Savior.

Ralph is preceded in death by his parents; his sisters, Winifred, Mary, and Dorothy; and his brothers, Robert and Lester. 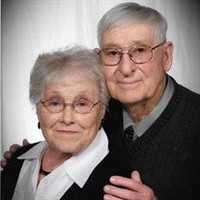 Pauline Klootwyk was born at the Nichols Family Farm on July 13, 1932 east of Dallas in Marion County, Iowa to William and Fern (Dainty) Nichols. Pauline attended rural schools until high school when the family moved to Knoxville, Iowa. She was baptized April 3, 1947 at the First Presbyterian Church in Knoxville, Iowa. She graduated from Knoxville High School in 1950. Pauline was united in marriage to Ralph Klootwyk on August 10, 1952 at the First United Presbyterian Church in Knoxville, Iowa. They shared 66 years of marriage and were blessed with 6 children, Stephen, Joel, Randol, Kent, Sue and Brian. She was a model homemaker and was known for her wonderful home cooked meals and treats.

Paulines pride and joy was her family. Paulines greatest ambition was that her children and grandchildren continue close family ties. Pauline had good faith and was a longtime active member of the First Presbyterian Church. She was the church custodian for many years.